John Cullen Gruesser is a professor of English at Kean University in New Jersey. He is the author of White on Black and Black on Black and the editor of The Unruly Voice. 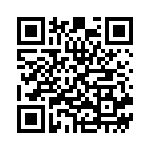