Seite xxxiii
By age sixteen , she was a voracious reader and already quite a veteran writer ,
with six or more years of diary keeping behind her , several unpublished novels
completed , and a number of articles published , not to mention the compositions
...
Seite xxxiv
wrote for some three decades , including what may have been her last published
article in 1910 ) , the Boston Commonwealth , the Cambridge ( Massachusetts
Tribune , and the Buffalo Courier ; among Unitarian publications , to the Christian
...
Seite 356
He published in 1854 a work on spiritualism : Epitome of Spirit - Intercourse ; A
Condensed view of Spiritualism , in Its Scriptural , Historical , Actual and Scientific
Aspects ; Its Relations to Christianity , Insanity , Psychometry , and Social Reform
... 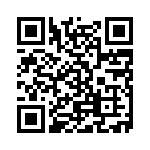