Controversy has long surrounded the poem. Sliding like an amoeba from one philosophy, culture, and generation to the next, it has only one truly defining feature: that it cannot be defined. In this ... Vollständige Rezension lesen

Poet, critic, and anthologist, William Harmon is the James Gordon Hanes Professor in the Humanities (English and Comparative Literature) at the University of North Carolina, Chapel Hill. He is the editor of The Columbia Granger's World of Poetry, The Top 500 Poems, and The Classic Hundred Poems, all published by Columbia, as well as The Oxford Book of American Light Verse. 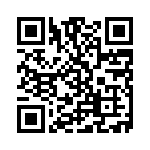