Plying the Sherlockian canon once again (Chapel Noir, 2001, etc.), Douglas sets The Woman, Irene Adler, to solve the case that is most baffling to Holmes: Who is Jack the Ripper? Moreover, is this ... Vollständige Rezension lesen

This is the second half of the story begun in Chapel Noir, and I liked it both more and less than part one. Of necessity, this contains some details that are mild spoilers for Chapel Noir, so if you ... Vollständige Rezension lesen 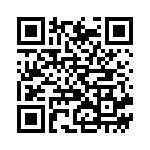