This was another of my $1 garage sale audio books. While Patton didn't exactly write an autobiography, this book is entirely made up of his journal entries, memoirs, letters home, and copies of orders ... Vollständige Rezension lesen

As a history junkie youngster I loved anything that had to do with WWII. And once I saw the amazing film, Patton, I began idolizing the General. In his memoir about his days as the commander of the ... Vollständige Rezension lesen

George Smith Patton, Jr., 1885-1945, served as Pershing's aide in Mexico in 1916, rose from captain to major general between the world wars, and headed the illustrious Third Army in World War II. Rick Atkinson won a Pulitzer Prize in 1983 for a series of articles on West Point's Class of 1966, which later became the basis for his best-selling book The Long Gray Line. A veteran staff reporter for the Washington Post, he wrote the Post 's lead stories during the Gulf War. 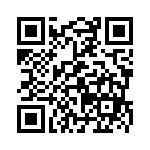