Douglas Gifford was a Professor of Scottish Literature at the University of Glasgow and Research Fellow in the Glasgow School of Scottish Studies. 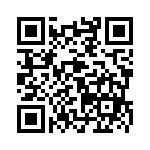