Seite 3
People consume more time in moving about than they did , and they consume it under conditions which , even for people with good eyes , must make reading difficult , if not impossible . The telephone is a deadly disadvantage ; it minces ...
Seite 27
وو to be bored for conscience sake — that I might really have been moved to protest , but for the chastening reflection that in England itself , and with no shadow of excuse , I had seen comparable outrages .
Seite 82
... the Marvel and Parker , which , though long , is never dull , and the Essex and Spenser , which , though short and beginning poorly , ends by moving us as only a few do ; two at least of the Conversations of Famous Men , the Leofric ... 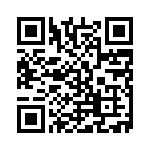