This book provides a scholarly overview of various and sundry plays that are about science or scientists. Rereading my notes, I wonder if these plays aren't so much about science per se as history; a ... Vollständige Rezension lesen

Kirsten Shepherd-Barr teaches Modern Drama in the Faculty of English at the University of Oxford and is a Fellow of St. Catherine's College, Oxford. She is the author of Ibsen and Early Modernist Theatre, 1890-1900 and has published widely in professional journals ranging from Theatre Research International to American Scientist to Interdisciplinary Science Reviews. 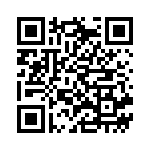