The Event Group is on the case when a prior Group member needs help with a discovery in the Amazon that could shift the power of the world. Jack Collins and crew have to race to beat a South American ... Vollständige Rezension lesen

This was the 2nd book that I have read by this author and I have enjoyed them both. The main characters seem to be carried over from the 1st book. I look forward to the next in the series. Vollständige Rezension lesen

David Lynn Golemon was raised in Chino, California. He has raised three great children and now makes his home in New York, where he is currently working on the next Event Group novel. 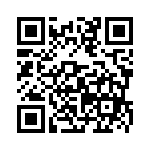