Seite 7
He is seen in other words as one of the four legs of the monster Roy Campbell
created in the figure of MacSpaundey , the other legs being , of course , yourself ,
Mr. Chairman , W. H. Auden , and Stephen Spender . But at the time itself , to ...
Seite 51
Of course , they must have been compounded of persons I had seen , or
incidents Í had heard , but how compounded I do not know ; not by long
forethought for I had never thought of them till I began to write , and had made no
sort of plan ...
Seite 58
And , of course , once his claim to sanity is established and unchallengeable , his
indictments against human cruelty and bestiality can no longer be scorned . The
accusations against him of hardness and inhumanity are turned upside down . 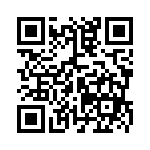