Daniel Defoe was born Daniel Foe in London, England on September 13, 1660. He changed his surname in 1703, adding the more genteel "De" before his own name to suggest a higher social standing. He was a novelist, journalist, and political agent. His writings covered a wide range of topics. His novels include Robinson Crusoe, Moll Flanders, Roxana, Captain Singleton, and Colonel Jack. He wrote A Tour Thro' the Whole Island of Great Britain, which is an important source of English economic life, and ghost stories including A True Relation of the Apparition of One Mrs. Veal. He also wrote satirical poems and pamphlets and edited a newspaper. He was imprisoned and pilloried for his controversial work, The Shortest Way with the Dissenters, which suggested that all non-Conformist ministers be hanged. He died on April 24, 1731. 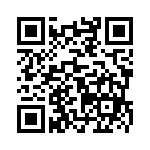