Loved this. Women need to take risks and this woman did it. She shook things up,went against the norm for a wife and mother! This is all about lessons in life, lessons to learn and lessons learned. This should be required reading for all young women!!!! All women period! Vollständige Rezension lesen

heard her talk on cape journey of self discovery — I need to reread this! Here is the entrancing story of how one woman emerged from a stagnant period, finding the energy to renew her marriage and ... Vollständige Rezension lesen

Joan Anderson is the author of numerous children's novels, as well as Breaking the TV Habit. A Year by the Sea is her first venture into narrative nonfiction and her most personal work to date. Anderson lives with her husband on Cape Cod, where she conducts her popular "Year by the Sea" workshops.


From the Trade Paperback edition. 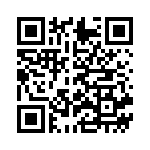