Robert Garland is Director of the Division of the Humanities and Roy D. and Margaret B. Wooster Professor of the Classics at Colgate University. 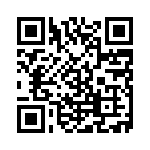