Seite 117
There are two others , one of which is a tributary to North River in Hanover . It is very rare that any fish , other than eels , are taken in the brooks . The mill ponds ing about 5 or 6 miles from Weymouth southerly , and from thence ...
Seite 143
atabut , a sachem of Massachusetts living on Neponset river , being “ three miles on each side of the river , " and was called , Keketticut , or Ketticut , or Teightaquid , and now commonly written Titicut .
Seite 172
There is another river , which takes its rise in Stough , ton , south of the blue hills , and passes through the north parish , and is there called Salisbury river , from the circumstance of its running on the easterly side of Salisbury ... 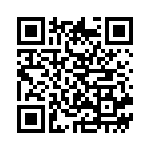