Seite 19
SIR , VINCE my last I received a packet from Commodore Warren , dated on board the Superbe , 15 leagues to the eastward of Cape Sables , in his passage to Canso , with the Launceston and Mermaid in company , in order to join you in the ...
Seite 56
I immediately perceived this was putting the whole affair upon a most dangerous foot ; for if what we received was to ... but to beg heartily , and receive thankfully , whatever I could get for my principals , little , more , or less .
Seite 84
up with so much confidence , or to what name shall they perpetuate memorials of their gratitude with equal propriety , as to his , from whom they first received a reputation , and by whose distinguished attention to their interest ... 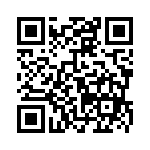