Seite 467
The jurisdiction of the several courts herein provided for , both appellate and
original , and that of the probate courts and of the ... The supreme court , or the
justices thereof , shall appoint its own clerk , and every clerk shall hold his office
at the ...
Seite 488
SUPREME COURT SEC . 2 . The supreme court , except as otherwise provided
in this constitution , shall have appellate jurisdiction only , which shall be
coextensive with the State , and shall have a general superintending control over
all ...
Seite 616
( 5 ) Io issue writs of prohibition , certiorari and mandamus to the Superior Court ,
the Court of Oyer and Terminer , the Court of General Sessions , the Court of
Chancery and the Orphans ' Court , or any of the judges of the said courts , and
all ... 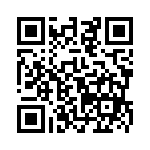