Interesting speculations about the life of Shakespeare and how he became a gentleman despite his humble beginnings. Relationships with other poets / dramatists, etc. are intriguing too. Vollständige Rezension lesen 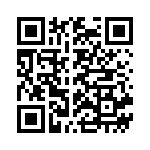