For 33 years until his retirement, Kent Richmond taught composition, critical thinking, literature, and linguistics for the English Department and American Language Program at California State University, Long Beach. His primary academic interest is adult second language acquisition and the role that vocabulary learning plays in that process. He is the author of Inside Reading 4 (2009, 2012) from Oxford University Press, which is part of a reading/vocabulary series that won the David E. Eskey Award for Curricular Innovation from the California Teachers of English to Speakers of Other Languages. Drawing on his background in applied lingustics and literature, Kent has taken on the task of writing verse translations of Shakespeare plays in contemporary English. By applying his detailed knowledge of Shakespeare's iambic pentameter, he can give his translations an authenticity that the available prose translation's lack. He has completed translations of Hamlet, Romeo and Juliet, King Lear, Julius Caesar, Twelfth Night, Much Ado About Nothing, and Macbeth. A musician and singer, Kent is a member of the California Trio, a folk-based group that performs regularly in Southern California. 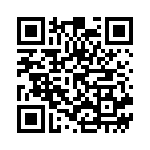