Maynard Mack was born in Hillsdale, Michigan on October 27, 1909. He received a bachelor's degree in 1932 and a doctorate in 1936 from Yale University. He taught at Yale University for 45 years before his retirement in 1978 and was a world-renowned expert on Shakespeare, Alexander Pope, and twentieth century literary criticism. He wrote numerous books including King Lear in Our Time, The Garden and the City, Collected in Himself, The Last and Greatest Art, Alexander Pope: A Life, Prose and Cons: Monologues on Several Occasions, and Everybody's Shakespeare: Reflections Chiefly on the Tragedies. He also served as an editor of The Twickenham Edition of the Poems of Alexander Pope, which has become the standard edition of the poet's work, and he edited several collections of contemporary critical essays. He died on March 17, 2001 at the age of 90. 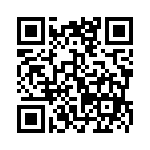