Seite 45
Blacks experienced segregation in the schools and neighborhoods , decaying housing milked by white slumlords , discrimination by employers and unions , brutality by the police . In 1914 World War I broke out in Europe .
Seite 52
And on June 25 , 1941 , he issued Executive Order 8802 , banning discrimination in defense industries or in government “ because of race , creed , color , or national origin . ” A Fair Employment Practices Commission ( FEPC ) was set up ...
Seite 107
It outlawed discrimination on the basis of race , color , religion , sex , age , physical handicap , or national origin ; outlawed segregation in public places ; created the Equal Opportunity Commission to enforce the job discrimination ...

This book discusses the struggle for Civil Rights over a much longer time period than other books on this topic. Starting with a chapter titled "We Don't Serve Negroes" which addresses the beginning ... Vollständige Rezension lesen

THERE COMES A TIME: The Struggle for Civil Rights

An accessible and vivid outline of the events that led to changes in civil rights in the US from 1940 through 1968. Starting with slavery, Meltzer (Ten Queens, 1998, etc.) traces the unjust attitudes ... Vollständige Rezension lesen

Milton Meltzer is a respected name in children's nonfiction. Among his many honors are five nominations for the National Book Award. 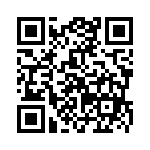