Seite 131
... the most wealthy and powerful of Sir John Harvey's enemies, in a letter to Sir John Wolstenholme, dated 25th May, 1635, ... in expelling Governor Harvey from the government and colony: — " 1st, Harvey detained the letter from the ...
Seite 143
... he directed the Attorney-General to draw up a letter to Governor Sir John Harvey, who was still in London, " especially charging him, ... Sir John Harvey wrote to the Secretary of State, Lord Dorchester, and to the Privy Council.
Seite 147
As Sir John Harvey passively or actively contributed to Claybourne's ruin, both in estate and office, it is probable that the latter willingly seconded the efforts of Matthews and the rest for the removal of the Governor himself, ... 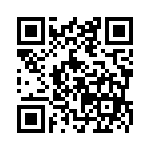