Given the publisher's prestige and the numerous contributors, most libraries will regard this new literary history as a necessary purchase. And it probably is necessary. One regrets, however, certain ... Vollständige Rezension lesen 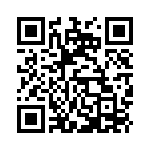