William Boyd was born in 1952 in Accra, Ghana and was brought up there and in Nigeria. He is the author of A Good Man in Africa, which won the Whitbread Literary Award for the Best First Novel in 1981 and a Somerset Maugham Award in 1982; On the Yankee Station (1982), a collection of short stories; An Ice-Cream War, which won the John Llewellyn Rhys Memorial Prize for 1982 and was shortlisted for the Booker Prize; Stars and Bars (1984); The New Confessions (1987); Brazzaville Beach, which won the James Tait Black Memorial Prize for 1990 and for which William Boyd was awarded the McVitie's Prize for Scottish Writer of the Year; The Blue Afternoon, which won the 1993 Sunday Express Book of the Year Award; The Destiny of Nathalie X, a further collection of short stories, and Any Human Heart. William Boyd is married and lives in London. 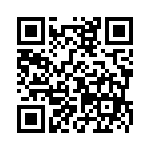