Edward Hesketh Gibbons Pearson (20 February 1887 - 9 April 1964) was a British actor, theatre director and writer. He is best known for his popular biographies, which made him the leading commercially successful British biographer of his time, with subjects that included Tom Paine, William Hazlitt, Gilbert & Sullivan, Conan Doyle, Shakespeare, Oscar Wilde and Charles Dickens.

Born in Hawford, Claines, Worcestershire to Thomas Henry Gibbons Pearson, a farmer, and the former Amy Mary Constance Biggs, the family moved to Bedford in 1896. He was educated at Orkney House School for five years, followed by Bedford School. He was a passionate reader of Shakespeare’s plays, and a frequent theatre-goer. When his brother’s business faced bankruptcy, he applied for a job with Herbert Beerbohm Tree, and began acting with that theatrical entrepreneur’s company in 1911. A year later, he married Gladys Gardner, one of the company’s actresses.

At the outbreak of World War I, he volunteered for the Army Service Corps and was sent to Mesopotamia and was awarded the Military Cross for his services. After the war, he returned to the stage.

He began to write his first book during World War I in order to keep his mind occupied during the long Mesopotamian afternoons when the temperature stood at 130 degrees. His first book, Modern Men and Mummers, published in England and America in 1921, dealt with a number of celebrities he had known. His first biography, Doctor Darwin, about his maternal ancestor, Erasmus Darwin, was published in 1930 and secured his position in literature. 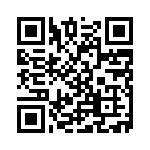