Seite 302
On one ancient residence of the Khans , side is a portrait of the prince cut is in the
mountains , inclosed in in marble , on the opposite side is a narrow valley . Its
situation his escutcheon , on a third side is very singular , and there are the ...
Seite 313
For two dockyards , is on the southern days the allied armies could not side of a
long deep harbour , remove from the Alma ; for the sembling a very broad river ;
the dead were to be buried , and the citadel and a series of large stone wounded
...
Seite 315
In Belbeck , Marshal St. Arnaud , who short , if we took the north side , had left
France in bad health , we should be masters of the south ; finding himself quite
overcome whereas it was far from being so by long and acute suffering , reclear
that ... 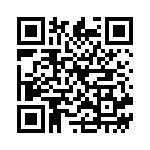