John Gilbert began his sports writing career with the Minnesota Daily" as a freshman at the University of Minnesota in 1963. He went on to cover Gopher and North Stars hockey for the Minneapolis Tribune" and Minneapolis Star Tribune" before moving back to his native Duluth in the late 1990s. He divides his time between Duluth and the Twin Cities. 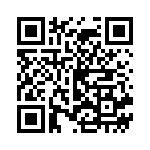