Charles H. Cooley, an American sociologist, was born in Ann Arbor, Michigan, where he spent most of his life. He did little empirical research, but his writings on the individual and the group, particularly on how the sense of self develops through social interaction (the "looking-glass self," he called it), had an enormous influence on all subsequent social psychology. Cooley was an early (1897) critic of Sir Francis Galton's notions about the biological inheritance of genius. His work, which is considered interactionist in its perspective, was influenced by the work of William James. Cooley contended that people gain an impression of themselves only by participating in society. Their perceptions of others' reactions to the "self" presented in such interactions guide individuals in developing and modifying their personalities. 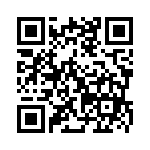