These inaugural volumes in "The American Poets Project" series form a useful introduction to the evolution of modern American poetry in loose historical progression. The volume on Whitman, father of ... Vollständige Rezension lesen

Walt Whitman (1819-1892) was born on Long Island and educated in Brooklyn, New York. He served as a printer's devil, journeyman compositor, itinerant schoolteacher, editor, and unofficial nurse to Northern and Southern soldiers, and is widely considered the greatest American poet of the ninetheenth century.

Harold Bloom is the author of over thirty books, including the New York Times bestsellers Shakespeare: The Invention of the Human; The Western Canon; and Jesus and Yahweh: The Names Divine, and has been the recipient of numerous honors, including a MacArthur Fellowship and the Gold Medal for Belles Lettres and Criticism from the American Academy of Arts and Letters. He is Sterling Professor of Humanities at Yale University and is a former Charles Eliot Norton Professor at Harvard University. 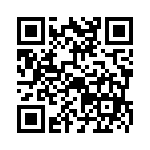