Corneille is a part of the greatest period of French drama. His artistic model and theory of the drama were to be followed by successive generations of dramatists, including Racine. His plays deal with noble characters in closely defined situations of high moral intensity. After modest success as a writer of complex, baroque comedies, Corneille achieved fame with Le Cid (1636--37), adapted from Guillen de Castro's three-day comedy Las Moceddes del Cid. It vividly represents the dominant theme of his tragedies: the inner struggle between duty and passion. Corneille went on to dominate the French theater of his day with plays that reflect the changing relationships between the aristocracy and the new absolutist state. Some of Corneille's other major tragedies include Horace (1640), Cinna (1640), and Polyeuctus (1643). In his shaping of language and form to his dramatic purposes, Corneille had a great effect on the development of French literature; more specifically, it can be said that he gave form and aim to French neoclassicism. 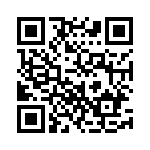