Philip Raisor is Associate Professor of English at Old Dominion University in Norfolk, Virginia. He is the editor of Tuned and Under Tension: The Recent Poetry of W. D. Snodgrass. 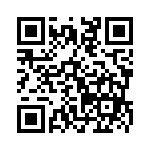