Every human whether Christian or not should have this book and read it, and reread it. Our children were raised hearing the stories from Bennet's Children's Book of Virtues at bedtime. We purchased ... Vollständige Rezension lesen

This book is perfect for character training of our children! I've used this book as a read-aloud, for illustrating a point, history and literature studies as well as poetry (reciting and memorization). Every home schooler should have this book and use it! Vollständige Rezension lesen

William John Bennett (born July 3, 1943) is an American politician and political theorist. He served as United States Secretary of Education from 1985 to 1988. He also held the post of Director of the Office of National Drug Control Policy (or "Drug Czar") under George H. W. Bush. Bennett was born in Brooklyn but later moved to Washington, D.C., where he attended Gonzaga College High School. He graduated from Williams College and went on to get a Ph.D. from the University of Texas at Austin in Political Philosophy. He also has a J.D. from Harvard Law School. 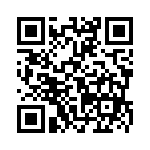