This is a splendid read for Buffy fans who sense deeper meanings to the stories in the Buffiverse but tend to get strange looks from their adult educated friends . . . ! Sometimes Wilcox's analogies ... Vollständige Rezension lesen

The first book Why Buffy Matters was badly damaged when delivered but when I AIMed Overstocks customer service they helped me come up with a satisfactory solution And I am pleased to say they sent me another one for free and it was in great condition. THANK YOU!!! Vollständige Rezension lesen

Rhonda Wilcox is an English professor and television scholar. She is co-editor of 'Fighting the Forces: What's at Stake in Buffy the Vampire Slayer' and of 'Slayage: The Online International Journal of Buffy Studies'. She has been described by CNN as 'the Mother of Buffy studies'. 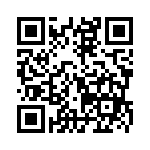