Seite 124
Afterwards they removed to Oneida county , near Lake Ontario , in the state of New York , I where they still reside , under the care of their worthy missionary , the present Mr. Sergeant .
Seite 126
A small number , it appears , resides on Sandusky River . I In connexion with the tradition , that the ... This is the well known tribe , of which a remnant still resides in the state of Maine . The fullest vocabulary of their language ...
Seite 130
“ The Menomenes , or Fols Avoins , as termed by the French ( says Pike ) reside in seven villages , situated as follows , viz . - 1 . at the River Menomene , fifteen leagues from Green Bay , north side of the lake ; 2. at Green Bay ... 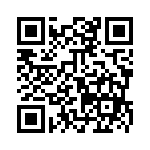