Aristophanes, 448 b.c. - 385 b.c. Aristophanes is considered to be one of the greatest comedic writers ever to have taken to the stage. He was born in Athens, Greece, in the town of Cydathenaeum. Aristophanes is believed to have been well educated, which would explain his propensity towards words. It is also believed that he owned land on the island of Aegina. Aristophanes was first a satirist, he was well known for attacking anything from politics to poets, mainly the war between Sparta and Athens and the poet Euripides. He wrote more than 40, eleven of which are still being acted today. "The Acharnians" was his first play, written in 425, B.C.. This was the first of his plays in reaction to the war, as well as the play "Peace." But perhaps Aristophanes most famous play, Lysistrata, made his true feelings of the war known. In this play, the women seek peace by claiming celibacy until the fighting is stopped. It is the play that he is most famous for, for capturing the feeling of the people in a way that was both lighthearted and poignant. Aristophanes died three years after the war ended, in 385, B.C.,but left behind a legacy that has lasted to the present day. 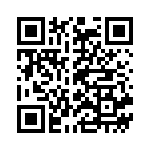