Seite 159
7 , 1907 Pearl married George Moore and had four children : Mavis Beryl , Marshall , George Anna and Ruth Moore . George died and she married Clyde Miller . Arthur married Ome and they had one child , Noweta Keithley .
Seite 292
from the Killingsworth , then the next son , Thomas , also married a Garner . From those marriages , all the lawless , money makeing ( at anything in anyway ) descendents come . Thought this was just too good to leave out of a book !
Seite 393
Sir Adam Johnstone of Johnstone , born 1508 , no other record , his son Sir John Johnstone of Johnstone , had various charters of land and fought in the battle of Pinkie in 1747 , married Elizabeth Jardine , died 1563 , his son Sir ... 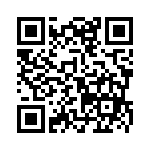