PRISCA VON DOROTKA BAGNELL is the Director of Academic Programs, All-University Gerontology Center, Syracuse University. Her previous works include Information Resources in Social Gerontology, Special Collection: Gerontology and Geriatrics, and she assisted in a film on aging made in the Soviet Union.

PATRICIA SPENCER SOPER is currently pursuing doctoral studies in composition and rhetoric at Syracuse University where she is an Instructor and Writing Consultant. She has presented papers at national conferences on research in the teaching of writing. She has several works in progress. 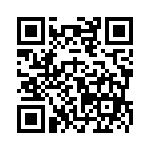