I have the old hard-bound version, given to my mother after my father died, with passages she underlined and my little sister's crayon scribbles. Growing up, I assumed it must be like The Egyptian ... Vollständige Rezension lesen

I'm not sure why someone took the trouble to write this book, nor indeed why Oxford published it! Vollständige Rezension lesen

D. J. Enright (1920-2002), poet, novelist, and critic, was born in Royal Leamington Spa, the son of a postman. He was educated at Leamington College and Downing College, Cambridge. His first collection of poetry, iThe laughing hyena and other poems/i was published in 1953. This was followed byan anthology iPoets of the 1950s/i (1955) which gathered together the work of contemporary poets that became known as 'The Movement'. His own poetry was straightforward, sometimes ironic and almost in the style of light verse, often dealing with themes of inequality.In fiction, D.J. Enright recreated his own experiences of a British academic in a foreign country. His first novel, iAcademic Year/i (1955), has been compared with Kingsley Amis's iLucky Jim/i. Enright published several books for children, including the novels iThe Joke Shop/i (1976), iWild GhostChase/i (1978) and iBeyond Land's End/i (1979). 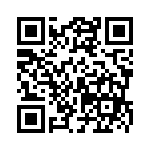