This guide to Taoism was actually a step above what a complete idiot might need. The authors were both well versed in philosophical speak and, purposefully or not, peppered the book with it. I'm not ... Vollständige Rezension lesen

Brandon Toropov is a Boston-based writer who has written a variety of non-fiction titles including The I Ching for Beginners and The Art and Skill of Dealing with People. He has appeared on more than 100 local and national broadcast programs. He is the author of several Complete Idiot’s Guides on religious topics.


CHAD HANSEN is a professor of philosophy at the University of Hong Kong. He is the author of Language and Logic in Ancient China and A Daoist Theory of Chinese Thought. He is in the process of completing a translation of the Daode Jing. 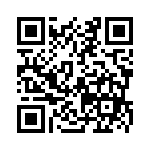