Seite 6 - Carole Turbin, Working Women of Collar City: Gender, Class and Community in Troy, New York...
Wird in 35 Büchern von 1954 bis 2007 erwähnt
Seite 7 - I have said, derives from the fact that individuals' actions are oriented toward the same or similarly structured objects. What are the practico-inert realities that construct gender? Clearly female bodies have something to do with the constitution of the series women...
Wird in 8 Büchern von 1995 bis 2004 erwähnt

Ileen A. DeVault is Associate Professor of Labor History in the School of Industrial and Labor Relations at Cornell University. She is the author of Sons and Daughters of Labor: Class and Clerical Work in Turn-of-the-Century Pittsburgh, also from Cornell. 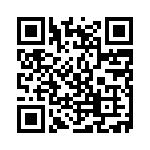