Dust off those black-and-white TVs. The success of Akashic Books's Brooklyn Noir anthology has spawned a series of successors, of which these are just two. Both are geographically focused and contain ... Vollständige Rezension lesen

A couple of stories read well, but most of these read like literary Writers (all of them with a capital "W") trying to write genre. Vollständige Rezension lesen

Neal Pollack is the author of three books: the cult classic The Neal Pollack Anthology of American Literature, Beneath the Axis of Evil, and the rock 'n' roll novel Never Mind the Pollacks. A regular contributor to Vanity Fair, GQ, and many other magazines, Pollack lives in Austin, Texas. 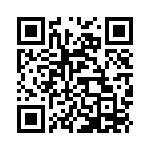