Seite 47
Perhaps the greatest paradox in Chesterton was that a book in every sense of the word Chestertonian should also have been , in the best sense of the word , Dickensian . But this goes for all his critical biographies , which in some ...
Seite 504
Nevertheless ecology , which is the science of living things in relation to their surroundings and to one another , and , like all sciences , relies on accurately defined terms , uses it in a sense different from any of these .
Seite 543
In a generation in which the sense of natural uty , the sense of history , and the sense of religion were ce at a low ebb , all three were stimulated in the young glish scholar , with whom they remained , ineradicable , the rest of his ... 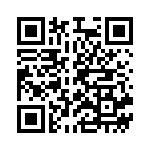