Seite 116
It would be wrong to consider this system as a check on good government , because the sort of government which it checks is bad , and will be bad , if left in Egyptian hands , for generations to come .
Seite 181
The most innovating provisions of the Government of India Act of 1919 had , however , their roots in the past , in the Councils Act of 1861 , the enlarged councils of 1892 , and the Morley - Minto reforms . From the last , the element ...
Seite 186
Government of Bengal , appointed a British - cum - Indian committee , under the chairmanship of Mr Justice Rowlatt of the King's Bench , to report on the nature and extent of revolutionary conspiracies , to examine and consider the ... 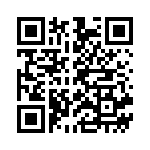