Born in Berlin, Germany, Gerald Holton received his Ph.D. in physics from Harvard University in 1946. Shortly afterward, he launched into what has become a major part of his career---directing a well-known program that originally was developed to teach physical science to liberal arts majors at Harvard. This program, called Harvard Project Physics, became the model for an ambitious program to teach physics in a similar historical manner in colleges and high schools throughout the United States. Later, Holton used this model in a somewhat different manner, establishing a program for the public understanding of science that eventually grew into a journal, Science, Technology and Human Values. For many years, Holton was a coeditor of Daedalus, the journal of the American Academy of Arts and Sciences. He has also gained recognition as a biographer of Albert Einstein, and he has worked tirelessly to demonstrate that science requires as much creative imagination as do the arts and humanities. 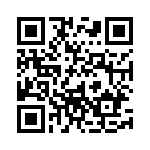