Seite 11
Notably , a great deal more understanding can be derived by regarding consumption typically as the process of enjoying the services of consumer capital , rather than as the consumption of a flow of perishable goods .
Seite 12
In the third place , the prevalence of consumer capital makes the rate of interest , and the terms of credit which surround it , a much more significant determinant of consumer purchases , both in pattern and in total , than it is ...
Seite 15
21 Initially three factors were distinguished , land , labour , and capital , receiving for their services incomes in the form of rent , wages , and profits ; later , the capital factor was separated into two components , pure capital ... 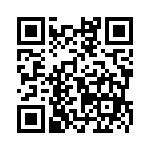