Ronald Randis an actor, playwright, and the founder of The Soul of the American Actor, the only art-theater newspaper dedicated to the art and craft of the actor and the art of the theater. He performs his acclaimed one-man play, LET IT BE ART! Harold Clurman's Life of Passion, around the world. He lives in New York City.

Luigi Scorciaspecializes in portraits and headshots for actors. His work has appeared in the Village Voice, the New York Post, and many other publications, and his clients include MTV and Bravo. He lives in New York City. 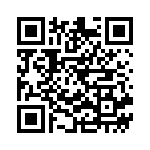