A truly unique writer. His skill is beyond compare. A basic to read again and again. None of his work seems dated. I can still visualize the terror of "Descent into the Maelstrom" even though I first read it when I was fourteen. The images he paints in your mind are enduring. Vollständige Rezension lesen

More poems than tales, actually, and apart from obvious stuff like “The Raven”, it’s more of Poe’s lighter, romantic side. Which is okay at times, but Poe tends to go for the kind of satire that you ... Vollständige Rezension lesen

Edgar Allan Poe was a poet, short-story writer, editor and literary critic. He was one of the earliest American practitioners of the short story and is considered the inventor of the detective-fiction genre. Born Edgar Poe in Boston in 1809, he was raised in Virginia by foster parents named Allan who gave him his middle name. Poe died of unknown causes in Baltimore in 1849. 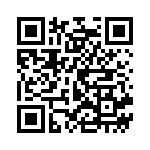