Donald Kuspit (born March 26, 1935) is an American art critic, poet, and Distinguished Professor Emeritus of art history and philosophy at the State University of New York at Stony Brook and former professor of art history at the School of Visual Arts. Kuspit is one of America's most distinguished art critics. He was formerly the A. D. White Professor-at-Large at Cornell University (1991-1997). He received the Frank Jewett Mather Award for Distinction in Art Criticism in 1983 (given by the College Art Association).[1] In 1983 he received an honorary doctorate in fine arts from Davidson College, in 1996 from the San Francisco Art Institute, and in 2007 from the New York Academy of Art. In 1997 the National Schools of Art and Design presented him with a citation for Distinguished Service to the Visual Arts. In 1998 he received an honorary doctorate of humane letters from the University of Illinois at Urbana-Champaign. In 2000 he delivered the Getty Lectures at the University of Southern California. In 2005 he was the Robertson Fellow at the University of Glasgow. In 2008 he received the Tenth Annual Award for Excellence in the Arts from the Newington-Cropsey Foundation. In 2014 he was the first recipient of the Gabarron Foundation Award for Cultural Thought. He has received fellowships from the Ford Foundation, Fulbright Commission, National Endowment for the Arts, National Endowment for the Humanities, Guggenheim Foundation, and Asian Cultural Council, among other organizations. He has doctorates in philosophy (University of Frankfurt)and art history (University of Michigan), as well as degrees from Columbia University, Yale University, and Pennsylvania State University. He has also completed the course of study at the Psychoanalytic Institute of the New York University Medical Center. 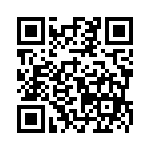