Seite 97
CC was he mentions his second wife Dorothy , and his nephew Peter Frobisher ( son of his eldest brother John Frobisher ) , on whom he settles his real estate , with remainder to Francis Brackenbury , eldest son of his sister Jane ...
Seite 125
The statement in the text that Mary Percy , wife of Francis Slingsby , " now lyveth in a 1567 , ” gives the date when this collection of pedigrees was made . It is stated by Clay ubi sup . , that.Sir Francis Slingsby , a son of Francis ...
Seite 207
Francis Wortley Francis Leake , heyre . quo heyre of Sir of Wortley son and heyre to Francis Hastynges . Sir Francis Leake . This pedigree is identical with that in Ashmole , 834 , iii , and Heralds ' College , H. 19. printed ante p . 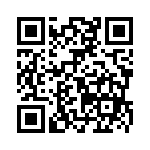