Louis de Bernières was born on December 8, 1954, in England to a military family. He spent four months in the British army in his late teens. When he was nineteen, he spent a year in Colombia where he wrote a short story about a true incident of violence that occurred there. Fifteen years later, while recuperating from a motorcycle accident, de Bernières used that short story as the basis for the first volume of his Latin American Trilogy, The War of Don Emmanuel's Nether Parts, Senor Vivo and the Coca Lord, and The Troublesome Offspring of Cardinal Guzman. In the 1980s, de Bernières worked as an auto mechanic and then as a supply teacher in London. In 1993 he took a holiday on the Greek island of Cephallonia. That became the setting for Captain Correlli's Mandolin, a novel of war, love, and heroism, which remained on the (London) Times bestseller list for four years. It has sold more than 600,000 copies, has been reprinted in paperback more than thirty times, and has been translated into more than seventeen languages.The book also won the Commonwealth Writers Prize for Best Book. It was also shortlisted for the 1994 Sunday Express Book of the Year. De Bernières was named one of Granta's 20 Best British Novelists in 1993, and Author of the Year 1998 by England's Publishing News. He will be give the opening night address at the 2015 Melbourne Writers Festival. His title The Dust that Falls from Dreams made the New Zealand Best Seller List in 2015 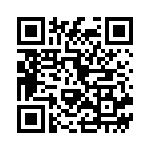