The son of an Irish Unitarian minister, William Hazlitt was born on April 10, 1778 in Maidstone, England. As a young man, Hazlitt studied for the ministry at Hackney College in London, but eventually realized that he wasn't committed to becoming a minister, so he began a career as a writer, an occupation he would follow for the rest of his life. In 1817, Hazlitt published his first book of essays, Round Table. This work was followed by Table Talk in 1821, Spirit of the Age in 1825, Plain Speaker in 1826, and his last lengthy piece, The Life of Napoleon, in 1830. Considered one of the most important English writers of all times, Hazlitt was a contemporary and friend of Samuel Coleridge, William Wordsworth, and Charles Lamb. William Hazlitt died on September 18, 1830. He is buried in St. Anne's churchyard in Soho, England. 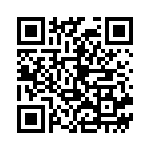